Rock Foundations (Gibraltar) Ltd are delighted to announce that the design and installation of the foundations for the iconic World Trade Center Gibraltar has been completed on time and on budget.

Despite stiff competition from a number of competitors vying for the opportunity to be involved in this iconic building, it was the reputation and expertise that Rock Foundations (Gibraltar) Ltd has worked so hard to establish over the last ten years that ultimately influenced the client’s final decision.

With more than 20 specialist micro piling rigs and six larger diameter piling rigs in their arsenal, co-owners Andy Hinks and Andy McGowan believe the company is now in a good position to contend for similar projects across Europe.

Due to the high profile nature of the World Trade Centre Gibraltar project a rather special ground breaking ceremony took place on the site which was attended by the Chief Minister of Gibraltar, Mr Fabian Picardo who operated one of our remote rigs! The Chief Minister successfully wound the augers into the ground to a depth of approximately 2.5m after which he withdrew the augers and manoeuvred the rig to a predetermined location.

Following the excitement of the ground breaking ceremony works are now under way to construct the 600 or so 850 kN contract piles for the project. Ground conditions are particularly difficult with numerous obstructions from a number of different buildings which have occupied this site in recent history. The high water table, as a result of the close proximity to the sea, is also an issue but despite the obstacles works are progressing well. The pile design includes a minimum 4m deep socket into the hard marle clays, the depth of which varies across the site. In order to accurately determine this feature a number of probes were carried out using 200mm augers. The reinforcement for the pile includes a full length 139.9 x 9mm CHS tube, once inserted the C35 grout is tremmie pumped though the tube until the bore is full. 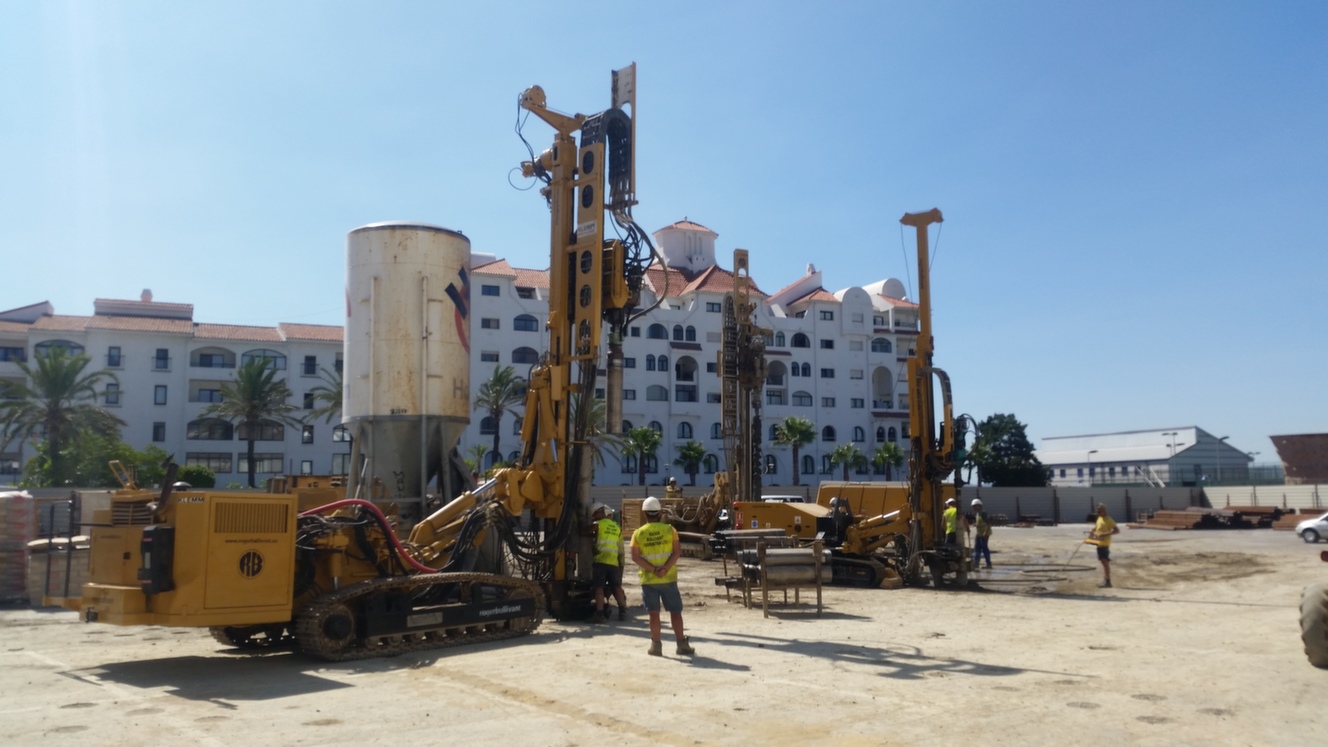 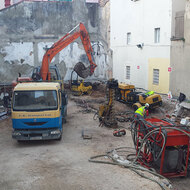