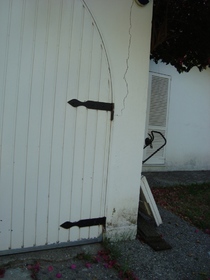 A recently modernised villa near Algerciras had been experiencing some settlement issues resulting in some visible defects in the form of cracks throughout the property.

Rock Foundations (SL) excavated a small number of investigative trial pits in order to establish both the extent of the existing foundations as well as confirming the ground conditions in the upper layers.

It had previously been determined that the property had been constructed on ground which consisted of expansive clays, common throughout this region.

The Rock Foundations (SL) design engineers came up with a non intrusive remedial scheme which included drilling new piled foundations on the exterior of the property adjacent to columns which were showing signs of failure due to the settlement. The piles were constructed the 300mm diameter drill-bar solution installed to a depth of 9m. 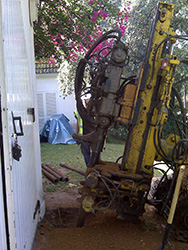 A small trench was then excavated around the tops of the newly formed piles exposing both the pile heads and the existing foundation for the property. Connector bars were drilled and fixed into the foundation and the piles cut to level.

A steel reinforcement cage was fabricated in the trench linking the piles and the connector bars. The complete assembly was then filled with structural concrete providing a new structurally sound support to the columns. 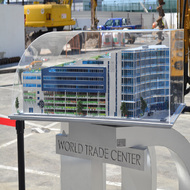